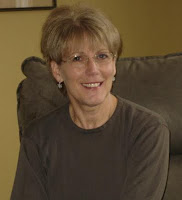 I pray you all had a wonderful Thanksgiving Day. The gathering of family and friends around food and football for us (our tradition) was a bit different this year. My brother married into a Chinese family from New York and we enjoy all getting together and catching up at least once a year. But this means some of our traditions have changed. 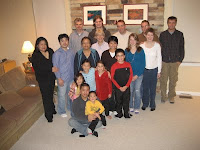 aying here in Pittsburgh with my husband’s family. We are like many families- alternating our holidays between his and hers. We had a Cajun turkey this year (just my brothers culinary whim), spicy, no gravy. We had Scalloped potatoes instead of mashed and roasted green beans (yum my personal favorite of the day) instead of Green Bean Casserole :-( Spiral Ham, fairly normal fair and a few other things I do not yet know the name of (Chinese pork and slimy vegetables). Five small children, all under the age of 7 provided much joy and laughter and even though there was no football game playing in the background, we took turns at playing tennis and bowling (Wii). My husband hurt his shoulder hitting the ball out of the park in the only Wii baseball game of the day, fiercely competitive with a 6 year old!

So while it was different, we were Thankful to be together and trust you all enjoyed offering thankful thoughts and praise to a Faithful God who is still on the throne, who is for us not against us!

Another New Tradition I am beginning, is the yearly reading of a few favorite titles that have positively affected my life over the years. Missionary biographies, Practical Christian Living titles, and for my families sake, a collection of healthy cookbooks. I will include a few favorite fiction titles that are like old friends to me and have become my classics, mostly mysteries. Among the titles I plan to re read, I have added this month’s book club title.

The Noticer, written by Andy Andrews is one of those books that can change one’s life. This small book has mine and I challenge you to let it change yours. The Noticer is small, 5 ½” by 8 ½”, has just 156 pages, with 10 short chapters and is a narrative fiction. There are no chapter listing at the beginning of the book and it contains no chapter headings, but I have named them in the notes I have taken while reading it.

In chapter ONE, Andy is young when he meets a traveling sage named Jones who introduces him to the biographies of well accomplished individuals. Young Andy was discouraged and homeless, lacking any conceivable goals. These biographies dramatically alter the course of Andy’s life, which we follow throughout the book.

Jones, notices things. Things that others do not notice. He is a Noticer. As he points these things out to the folks he comes in contact with, they change their perspective and consequently their lives.

Jones told one character that was consumed with worry and fear that only 8% of the things we worry and think about are legitimate concerns. Worry is focus on the wrong thing. Perspective. Gave me a lot to think about.

Jones asked the question of another; Five seagulls are sitting on the pier and one decides to fly away. How many are left? Think hard about this one he cautions.

The answer? Five, because the one only ‘intended to fly away’. There is absolutely no power in ‘intention’. Jones asks again; Have you ever noticed how often we judge ourselves by our intention but others by what they do? Perspective.

Traditions. What new ones have you recently begun? What ones would you like to start? As we form a list of resolutions as the New Year approaches, maybe re reading a few favorite titles is something you will consider. Add The Noticer to your list of Need to Reads either way. I think it will give you a new perspective on things. It did me. And who can’t do with a little new perspective?

From my heart to yours,

Changes are good for us. :) And I usually enjoy trying new things. Thanks for sharing a bit more of your life w/us, Diana!

I read the Noticer this year too. It is definitely a reread.

Our son married a Japanese gal so we get to sample different types of dishes as well when we get together. This year instead of the usual Robbins Family get together, we traveled to WA to be with their new addition to the family and I cooked the turkey and trimmings--something that I haven't done in years. It was a lot of fun just having the seven of us instead of the usual 30-35 people. Change can be good, yes.

My favorite picture from the weekend--2 1/2 y/o TJ sitting and watching the turkey roast.

Diana:
What fun for you to have some new foods and traditions. Except the slimy veggies!

I loved Andy Andrews "The Traveler," and have heard rave reviews on "The Noticer."

I like your idea of reading goals for the coming year. My goals are usually things like "talk less, listen more, dust the bedroom,"
so reading sounds exciting compared to those!

MARVELOUS MARVELOUS comments! Interesting that YOUR family and NOT mine has an obvious Asian mix. . . As you know, mine has the mix, but it's not obvious. . . I LOVED your review of The Noticer -- I'll have to get it, right now! :-)

Except for the slimy veggies, I would love a holiday like that!

Blessings on your weekend, Diana. I thank God for you!