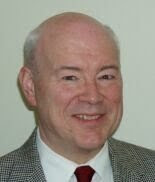 Andy, how long have you been writing?

I sold my first article in 1987, so I guess you could say that’s when my writing career began. But I discovered the love for writing in my senior year of high school. English composition was my first-hour class and my curmudgeonly teacher would often walk in the room and, without saying a word, write on the blackboard a subject and expect at least a couple of pages on that subject by the end of the hour. Sounds tough, but I loved it. It helped me realize I had something to say and that writing was the way to say it. It kindled a little spark that, over time, became a fire.

What genre do you write and why?

I have written a lot of non-fiction—instructional materials, construction articles, that sort of thing. But I’ve taken up writing mysteries of late, romantic mysteries, if that’s a genre. I like mysteries. I guess it’s the who-dunnit aspect—trying to it figure out before I get to the end. And the ones I’ve enjoyed most always seem to have a romantic element to them. I think I’ve read all the Sherlock Holmes adventures (in fact I give them away on my web site) and, as great as he was at solving mysteries, nobody, even Watson, was ever able to get really close to him. In that sense he was invulnerable, almost machine-like—somewhat less than human. I want my characters to be human, vulnerable, capable of suffering emotional pain, capable of knowing joy—of giving and receiving love. In the end, I think that’s what we all want.

Tell us about your book, Justice for Amy.

Justice for Amy is a story about redeeming love. It centers around a man, Clay Ramsey, a widower, who rescues a woman from a man who is attacking her in a parking lot—only to have her die in his arms an hour later. The police suspect suicide, but Clay cannot accept the idea. Even though he knew her for only a short time, something of a bond formed between them and he feels compelled to find out what really happened to her. Along the way, he meets her older sister and together they search for the truth. They fall in love with each other in the process, but there’s a real question about whether their love will come to fruition or whether they’ll even survive when they fall into the hands of the killers.

What inspired you to write this book?

As a Christian, I see writing as a way I can serve the Lord. I wanted to write a book that was a little gritty, because I think that’s the way real life is. I wanted to explore the subject of evil, its effect on people and why it exists in a creation that God pronounced, “very good.” And I wanted to try to provide some answers to the questions a lot of people have about evil and why God allows it in the world. What better way is there to do that then to show, in the context of a story, how it impacts the lives of people?

What are you working on now?

I’m working on a novel about a woman whose husband died in a boat explosion in Lake Michigan five years ago…or so she thought. Without giving away too much of the story, he winds up really dead and she winds up in jail for killing him. And you’ll have to read the book to find out more. I’m also thinking about updating and re-releasing a classic work on prophecy. But I haven’t made my mind up about it yet.

Where can people find out more about you and your work?

The best way is through my web site, http://www.andyvl.com. Anything I’m writing or working on finds its way there first. People can also contact me through the site, sign up for Sherlock Holmes, download the first chapter of Justice for Amy or access any of my other free downloads there. People who sign up for Sherlock Holmes are eligible for special pricing on signed books and they’re always the first to find out about book releases or anything else I happen to be working on.

Thank you for visiting with us today.

My pleasure.
Posted by Terry Burns at 6:00 AM

Ooooh, I love this kind of writing. Say we're odd, but my husband and I read murder mysteries at night before we retire. Figuring out who did it keeps my brain young!

Can't wait to read yours, Andy.