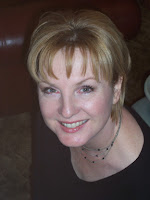 Caron Guillo, you have publishing credits, but “An Uncommon Crusade” is your debut book-length work. Tell us about your journey to publish your first book:

You know, I recently spoke to teenage writers who were dumbfounded that it took about six years from concept to publication. Of course, that’s a third or more of their young lives, but in this industry, it’s not unusual. Early on, I pitched “An Uncommon Crusade” to a couple of editors who were interested but ultimately decided to pass as they were steering clear of Christian fiction in a medieval setting. I’m grateful that Terry Burns loved the story so much, he read it in one sitting then signed on to be my agent. Kristine Pratt of Written World Communications was likewise intrigued by Simon, Elisabeth and Hugo’s journey. She told me recently that when WWC requested the manuscript in advance of a pub board meeting, a couple of folks there peeked at it early, and the thing went viral through the company. They’d all read it and were clamoring for it before it was even brought to committee.
How did you research for this book?
I’m rather a research nerd, so it was a lot of fun to search libraries and the Internet for accurate, reliable information. My husband is an emergency room nurse and a combat veteran, so he provided quite a bit of insight regarding the progression of illnesses and injuries as well as battlefield strategies. As a former world history teacher and fan of historical fiction, I am especially sensitive to keeping the small details of the time period intact. If I wrote a scene where a woman wore a velvet dress, then I’d better be sure velvet was available at that time and in that location. I once watched YouTube videos so that I could describe the proper way to butcher a pig. I’m proud to say, it did not put me off peppered bacon at all.
Where do you get your inspiration from?
For this story, I came across a few lines at the end of an encyclopedia article (remember the part about me being a research nerd?) concerning a children's crusade that ended in tragedy, most of
the participants either dying prematurely in the Alps or being betrayed and sold into slavery in Africa.

I actually gasped and re-read the paragraph three or four times. What in the world would possess children to set off on such a misadventure or their parents to allow it?

Sometime later when I had the tools and time to research the subject properly, I discovered that at the forefront of the so-called children's crusade was a charismatic and egotistical young commoner named Nicholas, that most of the "crusaders" were young adults, and that parents were generally terrified of the movement, seeking to protect their children from a disastrous end.

I couldn't let the story go. Why would unarmed, untrained, unfinanced peasants think they could accomplish what professional armies had not? How desperate or deluded must an individual be to join such an ill-fated mission? And what about all those young people sold into slavery? How did they live with the consequences of their mistakes?

I began to envision a young woman who would do anything to win freedom from her past. A young man who dreams of rising above his lowly status to change the world. A would-be warrior looking for a fight, and perhaps a bit of fortune.

And so began my exploration into the lives of three young commoners who thought they had nothing left to lose.
What has been the hardest part of writing your novel and how did you overcome it?
To be honest, I’ve loved this story from the beginning. Because I tend to go lean on description, I had to work hard to include all the senses in my narrative, but I believe I’ve managed to immerse the characters in an authentic thirteenth century Europe or Palestine or Egypt.
What do you hope people will take away from reading your book?
I wrote "An Uncommon Crusade" to explore every man and woman's struggle to find deliverance from his or her own brokenness. I hope readers will come away knowing that God is faithful to the task, even in the midst of our darkest moments.
What new projects are you working on?
I'm currently working on a story based in large part on my experiences in Zimbabwe in recent years, my continued involvement in humanitarian efforts there, and my time spent at Imire Safari Ranch—a black rhino breeding station and game park.
In “Great Zimbabwe,” American Sara Jenkins travels to Zimbabwe to meet the father she’s never known and perhaps scrape together enough courage to deal with the challenges she faces in her life and relationships. Instead, she must solve the mystery of his disappearance more than two decades ago.
Where can people find out more about you and your writing? The programs and speaking that you do?
Folks can read more on these topics and contact me through my website at http://caronguillo.com
What is the best writing advice you ever got?  The worst?
Best writing advice: “Show, don’t tell.” And I definitely owe author Jack Cavanaugh for taking the time to help me discover how to do that.
Worst writing advice: “Give up now while there’s still time to salvage your dignity.” Who needs dignity, anyway?
Anything else you'd like to take this opportunity to say?
I insisted my photographer not touch up the photos for my website. I didn’t want anyone to be shocked or sorely disappointed when meeting me in person. :)
Caron's book releases Jan 4th and may be ordered now at Amazon:
Posted by Terry Burns at 6:00 AM

Intriguing, and I love the fact about you not allowing your photo to be touched :)

Loved this insight into your writing Caron! Can't wait for the book to arrive in my mailbox!
Julie H.

Oh, I want this book! I need to break free of issues that haunt and chase me. Don't we all?

I love that it took you six years--this gives me hope.

Blessings on your ministry of writing. May your words help and heal many,
Jen

Thank you so much, Jeanette!

And, yes, indeed--we all need the light, life, hope and redemption God offers.