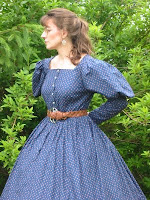 Continuing in my series of featuring clients and their new titles, today I talk to Tammy Barley about her new title Love's Rescue From Whitaker House:
Tammy, your new "Love's Rescue" has gotten off to a terrific launch and isgoing into a second printing in only a month. You have to be ecstatic aboutthat. It's the first book in a three book "Sierra Chronicles" series fromWhitaker House. Tell us about them:
I am ecstatic about that, and just as ecstatic to see that Love’s Rescue was recently #11 on ChristianBook.com’s historical fiction best seller list—hugely exciting. Even better are the wonderful comments and reviews I’ve received from readers, that they felt they were right there in the story, in the Sierra Nevadas, in 1863 (and best of all—countless readers have said they can’t wait for the next book)! Yes, it’s very exciting. Here are a few quick blurbs about Love’s Rescue and the next two books:

Book One: Love’s Rescue
A Dividing Conflict
In 1863, the War Between the States is dividing more than a nation. To escape the conflict, Jessica Hale and her family flee their Kentucky home and head for Nevada Territory. Her brother, Ambrose, committed to the Confederates, rejoins his Kentucky militia and is disowned by his father. But the worst is yet to come.
A Heroic Kidnapper
When Unionists presume the family to be Confederate sympathizers, they set a devastating fire to their home. All alone and then “kidnapped” by cattleman Jake Bennett, Jessica is taken to a ranch deep in the Sierra Nevada wilderness. Can she overcome her resentment toward Jake for failing to save her family?
The Depths of Love
When Jake launches a plan to help Jessica’s brother escape from prison camp, she sees him for the honest, good-hearted Christian man that he is and now knows the depth of his love for her. Through the lingering smoke and smoldering ashes from her ruined home and murdered family, will Jessica see a future with Jake?

Book Two: Hope's Promise
Jake and Jessica Bennett learn there was more to her parents’ deaths than they knew, and both the ranch and Jessica are in danger. Now they must quickly find the murderer . . . and discover for themselves how far they will go for love.

Book Three: Faith's Reward
Jake and Jessica are expecting a child while their hope of surviving land redistribution laws grows dim. Worse, Jessica’s inheritance has disappeared from the bank, and turns up in the hands of a man funding Union sympathizers in a personal war against Southerners. To stop it Jessica must confront her greatest fear, and Jake will be forced to risk the lives of Jessica and their unborn child.

I worked a few angles with the book launch to bring about the most benefit possible with the event. First, my church, which has a K-8 school, is struggling financially. So several weeks before the launch, I spoke to the congregation—in an 1863 blue calico hoop skirt like my main character wears—and told them I wanted to throw the 19th century book launch at the church as a means to draw more people to the church and school, and hopefully help it financially.
So several members helped to throw an unforgettable event, and contributed a hundred or more 19th century antiques related to the various settings and characters in the book—cowboy, Civil War, Western Indians, the Shaker people—and in addition I provided interactive displays to reflect the characters and their daily life. I met folks and signed books in 1863 costume at a turn-of-the-century rolltop desk. My daughter, in prairie costume, demonstrated traditional Paiute basket weaving and invited folks to smell smudge sticks and healing teas from Sierran plants and trees and to guess whether the dried bundles were juniper, cedar, sage, sweetgrass, Douglas fir, and so on. One of my sons wore cowboy attire and demonstrated cowboy leather braiding and invited folks to handle various pelts and guess the animals—rabbit, river otter, red squirrel, coyote, raccoon, buffalo. My other son dressed as a cowboy-turned-Civil War soldier since his namesake did exactly that in the book, and manned the Civil War trivia display and the Shaker display. Women served homemade lemonade, cookies, and fudge brownies. Of everyone who came, about a dozen were unchurched or did not attend church regularly, but who enjoyed historical fiction.
The second angle I worked was to benefit The Hope Children’s Mission in beautiful Catemaco, Veracruz, Mexico that I support, and the president and vice president of the mission were on hand to chat with folks.So I finished the day 200 books lighter, and a number of people who bought books read them within a day or two and liked them so much that I had to make a special trip to church to sell them more; they want to give copies to family and friends as gifts. One of the guests also invited me to be guest speaker at a biannual country club fundraiser for women who need assistance to go to college to become teachers, which I’ll be doing in December.
Are you working on anything besides delivering the series?
I also work as a ghostwriter and editor and assist with fiction, biographies, and business and self-help books. It’s been a doubly exciting time for me, because one of my clients, John Wolfram, was the first Navy UDT/SEAL in the water to rescue Apollo 11 astronauts Neil Armstrong, Buzz Aldrin, and Michael Collins after their first, historic moonwalk. Since the nation just celebrated the 40th anniversary of the moon landing, John was interviewed by Fox News, CBS, The Weather Channel, and many other networks and newspapers, and a radio interview of him aired from more than 640 K-Love Radio station affiliates across the U.S., spotlighting his book, Splashdown: The Rescue of a Navy Frogman, which I assisted with. John is now a world missionary, so it’s great to see how God is touching lives through Christian books.

Aside from that and continuing work on The Sierra Chronicles, I’m also planning my next historical fiction series.
What is the best writing advice you've ever gotten? The worst?
Best: Write what you love, and your books will find their audience.
Worst: Do everything your way no matter what agents or publishers say (I instantly disregarded this “advice”). Fact: the publishing industry has standards for a purpose; following them gives you the greatest chance for success.
What would you like to use this opportunity to say to people?
One—Believe, and you will achieve.
Two—As a promotion to introduce readers to Love’s Rescue, I’m sponsoring a vacation giveaway—Read Love’s Rescue for a chance to win a one-week western guest ranch resort vacation for two to the Rocky Mountains of Colorado! (For details and to enter, visit http://www.tammybarley.com/Bookshelf.html.) The drawing is Valentine’s Day 2010.

Unbelievably, though about 1000 copies of Love’s Rescue are selling each week, only thirty—30—people have remembered to enter to win the vacation to date—a one-week all-inclusive mountain resort vacation for two. That means each entrant’s odds of winning are 1 in 30 (not one in 30,000; 1 in 30). Anyone want to win a vacation of a lifetime?
Posted by Terry Burns at 6:00 AM

Oooh, this is my favorite time in our nation's history. These books sound wonderful!

Thank you so much, April and Jeanette, for stopping by!

I'm with you, Jeanette--the instant someone invents time travel, I'm off to buy a guinea pig costume! =)

Jeanette--I just have to say it--Valentine's Day is sooo romantic a day for a wedding! Congratulations on 35 years. =)

Thank you! Yep, it's VERY fun!

Finally got my copy in the mail. Gorgeous cover, fantastic title, and I can't wait to read it!

Hi Loree! Just finished your latest one too! Hugs right back!